Staying in Otsu, being that it was a half hour away from Kyoto…not that bad when you have a view like this from your hotel room! 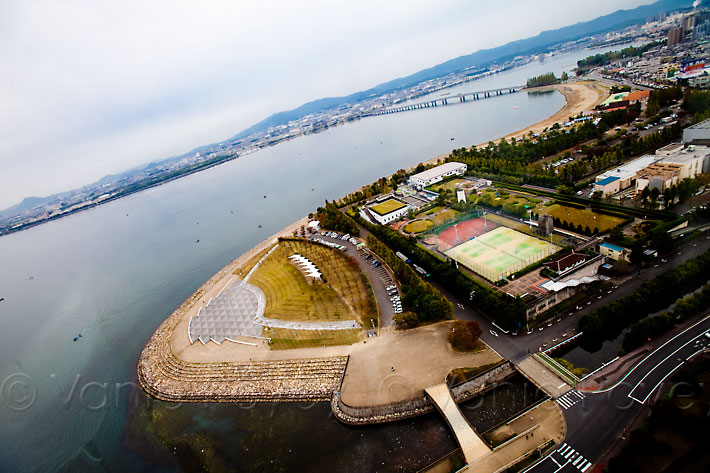 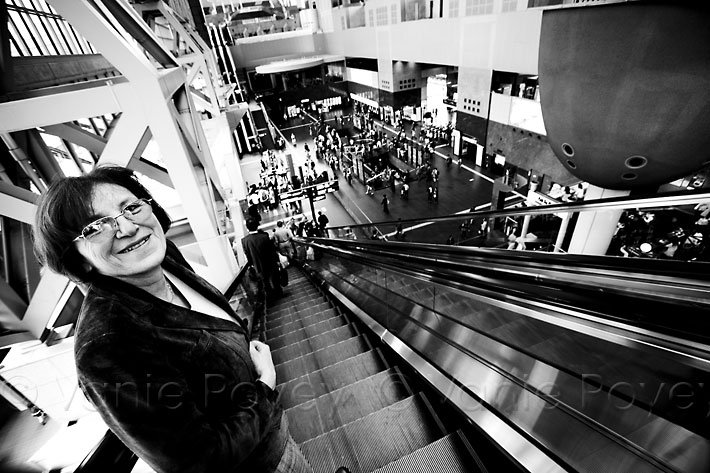 This time, off to Southern Higashiyama where we headed to Sanjusangen-do.

This famous wooden building houses a breathtaking 1,000 golden statues of Bodhisattva Kannon in a long hall. 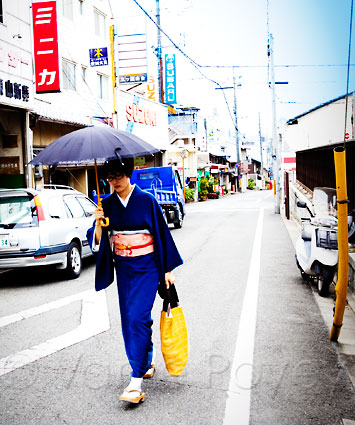 I was not allowed to photograph inside the building.

Below are some spectators sitting in the garden. 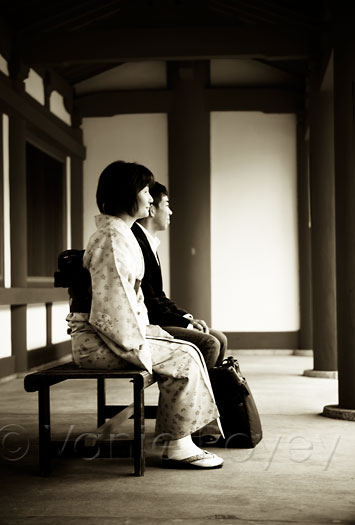 Then we headed north to visit more temples.

Below is my Mom standing in front of Kiyomizu-dera.

Famous, not only for its location on top of a hill overlooking the city, but for being built with not a single nail and only wooden wedges. 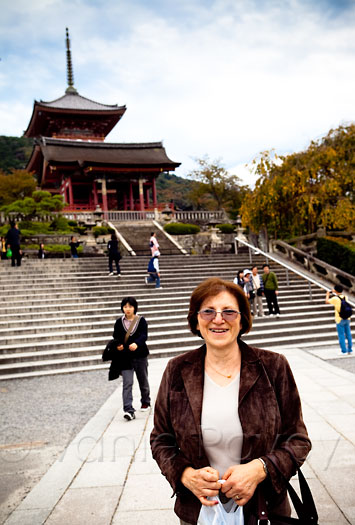 Joe on the streets near Kiyomizu-dera. 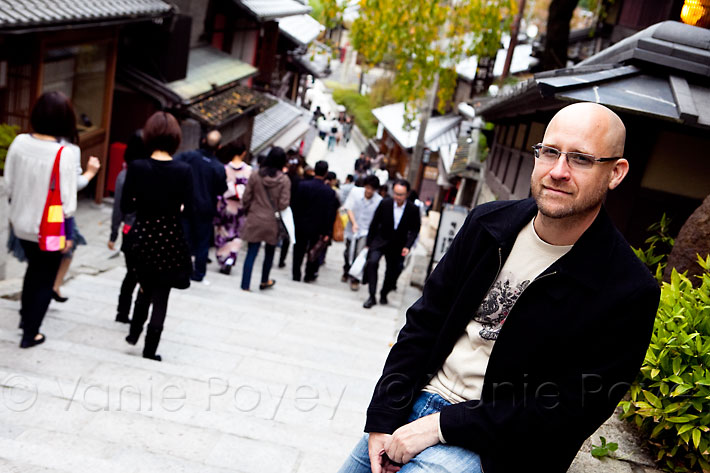 Walking up to Kiyomizu-dera. 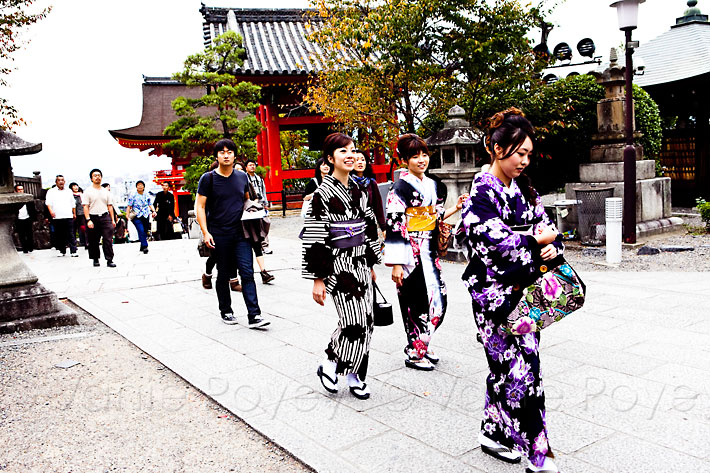 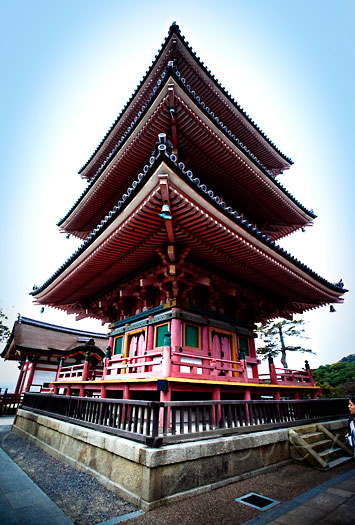 This is a famous Sumo wrestler in the senior division named Takamisakari. 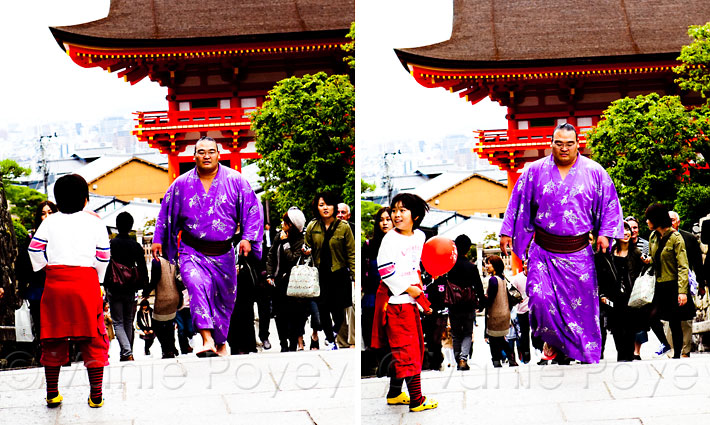 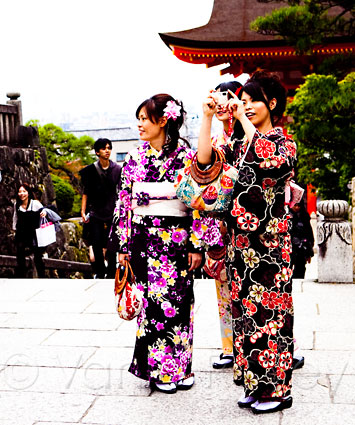 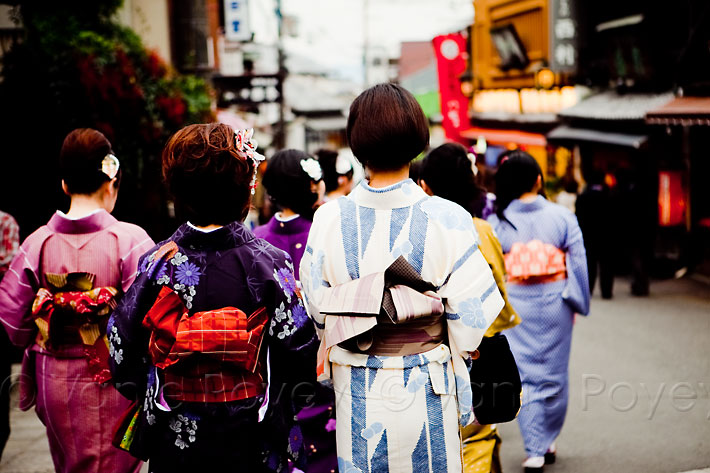 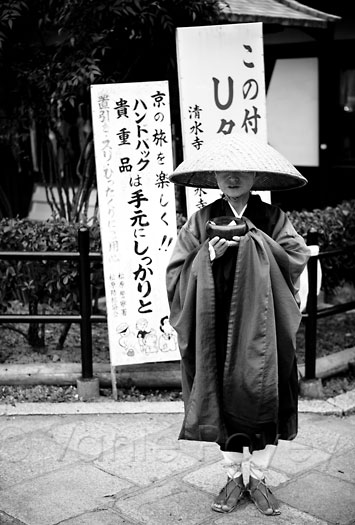 At last…the Geisha my book promised I would find near the cobble stoned streets in Southern Higashiyama.

Since the path would not clear of tourists as they were walking towards me, I just had to stop them upon turning onto a quit street. 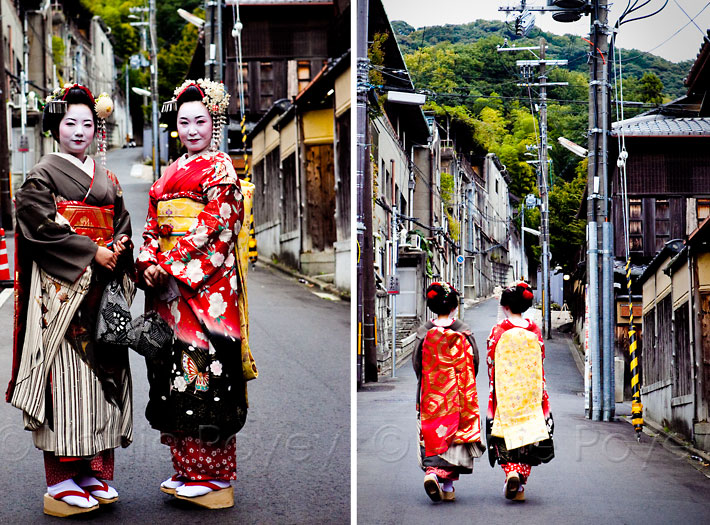 And more Geisha.  Notice the detail on the back of the neck. 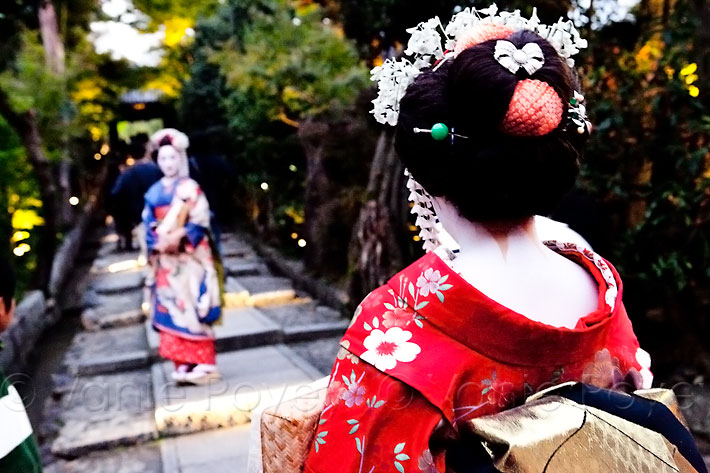 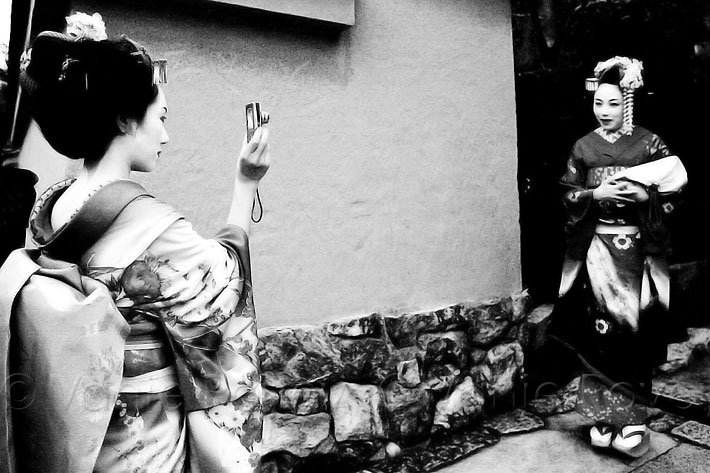 We finished off our last evening in Kyoto with traditional Kaiseki, originally born in Kyoto known for it’s culinary perfectionists.

Kaiseki is a ten course meal, sort of like tapas, that should take about two and a half hours to get through. In fact it’s rude to rush or to even leave a single bite on your plate.

We went to Harise, a recommendation in my book, and we were not disappointed.  We were there almost three hours.

Upton entering the restaurant, which used to be an old humble tea-house, we were asked to take off our shoes and ushered to a private room with cushioned seats on tatami mats.

Harise was our big splurge, but it was beyond worth it, as not only did it leave the perfect taste in our mouths, but also the perfect experience with which to leave Kyoto…and Japan!

If you found my post valuable, it would mean sooo much to me if you would take a moment and pop over to Instagram where I hang out and comment on one of my posts! 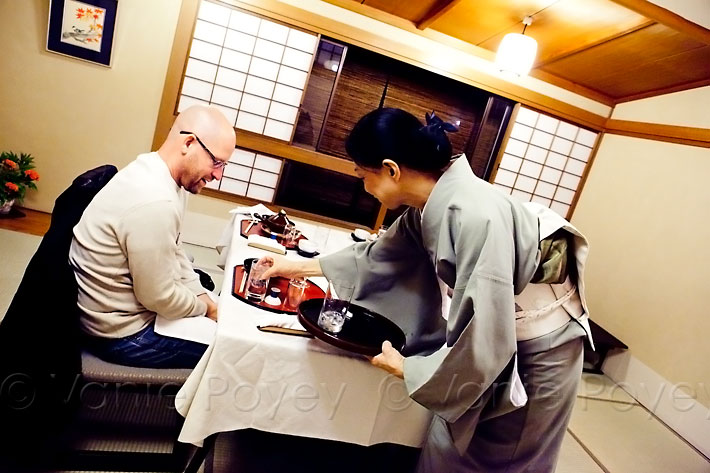 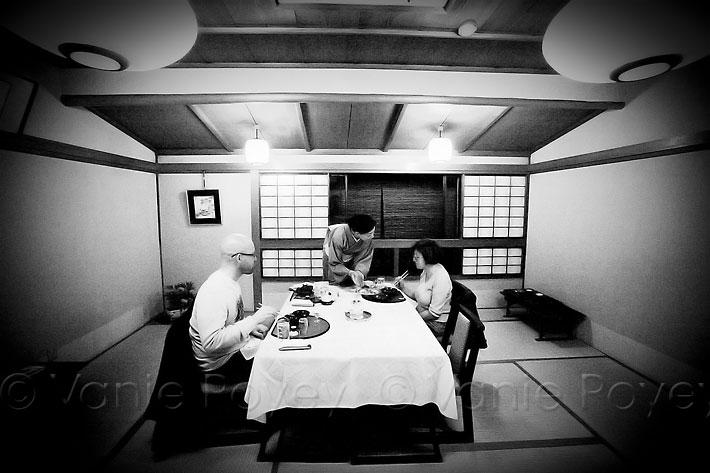 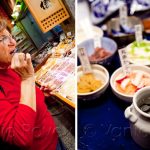 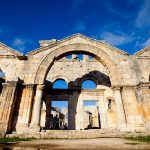